I’ve done a lot of challenging, ambitious and straight up crazy in my writing life.

Like the time I was so desperate for editing cash I actually considered a letting a foreign prince fund my writing career. It fell out because he didn’t want to the whale I bought him as a token of friendship… but I digress.

Here is the link if you don’t know WTH I’m talking about, and the link for this blog post run by the fabulous Audra Atoche and Jade Loren who have kindly set up #BoostMyBio for hopeful mentees!

You can find out about me here but to keep it short and simple; I’m a writer.

I currently have three self published works for a series I’m writing and self publishing called the Last Prophecy.

I also have a publishing contract with Literary Wanderlust for my book Behind the Veil, which was picked up during a Pitmad event.

I’m also in the process of writing and releasing on #Wattpad a book called One with Rage.

My muse is an avid tormentor who will not shut up, even if I alternatively love and hate her for it.

As anyone who’s ever pitched will tell you, do not reach for titles that are beyond your writing, however I cannot think of a better way to slate this YA/NA Dark Fantasy other than an all female cast Lord of the Rings.

My mother read the book aloud to me twice growing up before I read it for myself, and as the years of writing have gone by I’ve written a story that is not the same but holds several similar themes. 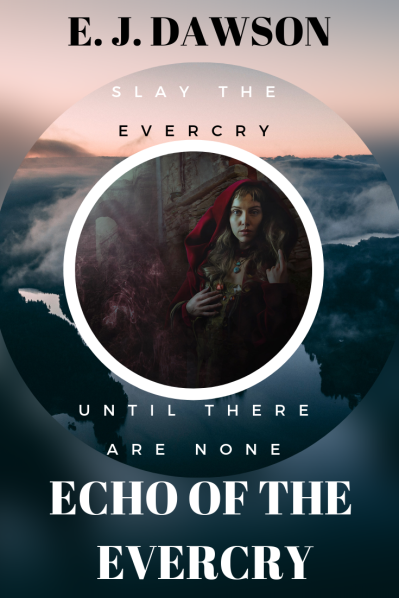 Pitch for Echo of the Evercry

Larissa wants nothing more than to closet herself in a library. But she must become a knight of the Fair Lady or dishonor her family name. She fails the graduating test, and instead finds herself among the ranks of the shunned Darkling, magick wielders who taint themselves to better understand the Fair Lady’s enemy; the Evercry.

When her warrior mother calls for her aid, Larissa must team up with the bully of her childhood, Valare, to take a mystical orb to her mother. But the Evercry seeks to stop her, a tainted soul consumed with magick, sending agents to take the orb… and Larissa. Larissa must relay on the girl that was her enemy to overcome their past and save her mother.

Lord of the Rings meets Sabriel/Abhorsen series, this is a predominately female cast dark fantasy about a Larissa’s journey within the ranks of the Fair Lady’s order, in a mystical realm where the order seeks to rid the world of the Evercry, a blight upon the world using the souls of corrupt mages as vessels for their chaos.

We all have a 3.3% chance at getting a mentor according to Sarah Nicolas, its the kind of thing I could not have done a year ago, but I feel now I have a story worth pitching, and I wish everyone throwing their hat in the ring the best of luck!