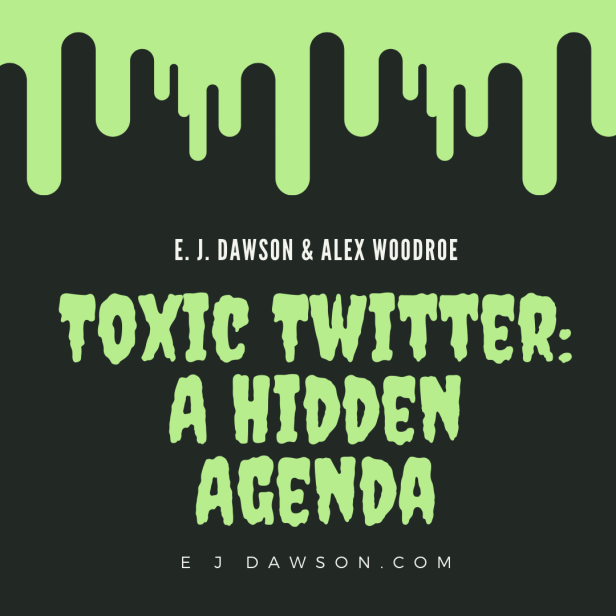 Over the years I’ve come to recognize the Writing Community on Twitter as… complicated. And no, this isn’t your Facebook relationship status kind of complicated. Whether or not I think these people should be named is irrelevant because it incites the very behavior I am about to admonish.

I have a few followers, I don’t follow everyone back, I talk about why repeatedly. I do follow accounts that I interact with a lot, industry professionals, and fellow writers who are doing the same stuff I am; turning a hobby into a career or just writing because they love it.

One of the things I like to do is talk not just about writing but the writing world itself and sometimes that means making people aware of certain… things that we don’t always acknowledge as openly as we should. There are quite a few controversial opinions out there and this blog isn’t about what they are, where I stand (pretty self-evident from my Tweets or blog), or to even talk about where you stand.

I’m kindly joined in this blog post by Alex Woodroe, after both of us witnessed some of the behavior I’ve been alluding to, and we came to a very firm conclusion; its toxic. But worst still we identified these same people having followers and sympathizers who had no clue as to their behavior on other threads and timelines.

How do we tell you who these people are? We don’t. We tell you the kind of behavior they are engaging in so you can find out for yourself. What you do is up to you, but what you do about these people indicates to others whether you condone their behavior and as we’re about to go into, some of its pretty dreadful.

What is this toxic behavior you are referring to?

Alex: In one word, duplicity. There are loads of other issues, but this is one of the heaviest ones. We have people exploiting the fact that they can curate their “image”, so they’ll do horrible things – often bigotry and abuse, then erase all evidence and turn around to show easy “support”. You know the type: “you’re so precious, every book is valid, our souls, our freedom, our community”, etc. They will use that support to get interaction and sales sometimes from the very people they’re bigoted against. It’s awful.

EJ: I want to use an example but some of them are going to stand out like sore thumbs and I have no wish to incite either an attack from followers (which has happened to me), or bring up the past. What did occur is the toxic abuser made comments of a hurtful nature that dismissed and degraded other people, and when someone said it wasn’t okay, the abuser threatened that person, deleted the tweet soon after, and then cried “poor me” to the tens of thousands of followers. They still had tens of thousands of followers even after screenshots of the threat went out around the community. Why didn’t you hear about it?.

Yeah, how come I didn’t hear about that?

EJ: The simple fact of the matter is; you don’t. Even if you had the luxury of being able to scroll Twitter all day looking up this sort of stuff you’d never catch it all. Also, people have done stuff like this, amended their ways and grown and improved as people. A single tweet might be a mistake, its when the behavior repeats itself that you should keep an eye out for. Screenshots are a good idea if you see the behavior, but also its best to see the screenshots for yourself so you can make a judgment FOR yourself. No one wants to be told to follow or not follow one person without seeing for themselves – otherwise its a mob mentality of ganging up on people for what might be a misconstrued comment shoved into a very small box. Please remember; this is twitter, you’re limited in what you show of your personality, but the same limitations apply to everyone.

Alex: It’s astounding what you don’t hear about or miss, especially when people are clever about it – and the worst ones often are.

I’ll use a personal example if I can – I spent ages (or what would be considered ages on Twitter, which is a few months) in conversation with someone on shallow topics like food and music. They seemed perfectly fine. There was exchange of support and retweets and encouragement. Two months later, the same person turns around and abuses some of their reviewers with horrific rhetoric – sexism, “snowflakes”, racism, just the worst stuff. I only saw it because it went on for days, otherwise the fact that it was all in comments and the time zone difference would have meant I’d still be there retweeting the book of someone who, it turns out, thinks all us ladies belong in the kitchen.

What behavior should I look out for?

Alex: It’s hard to say, because any behaviour we point out – there’s probably a legitimate situation in which it wasn’t harmful. That’s why using your judgment and avoiding knee-jerk sympathy or anger is key.

One thing I’m always wary of is when people manipulate empathy. For example, someone blocks everyone who disagree with them, then goes off about how they’ve been trolled and abused and “woe-is-me” where they know we don’t get the other side of the story – usually because on the other side, there are decent people who don’t wield attention like a weapon.

Any situation in which someone calls for support from people who don’t actually know what’s going on beyond a tweet or two is a potential red flag – but again, there are circumstances where this isn’t at all badly intended. Apply common sense liberally.

I’ve seen people call for support in totally valid situations. Usually, they will have a litany of screenshots from both private and public messages where they’ve been attacked, and everyone can judge for themselves.

Using ten thousand fans against someone who doesn’t have that kind of support is a big no-no even if you are right. It’s an abuse of power. I’ve screwed this up in the past, retweeting someone’s hurtful comment to me – they got blasted by twenty people who were way angrier than I was an I felt miserable for doing it immediately. So I’m trying to do better there.

Oh, and, deleting your side of the argument? Huge red flag. If you’re hiding what you did, then you probably owe someone an apology.

EJ: If someone is picking a fight, using curse words, being abusive or dismissive, or retweeting a comment that disagrees with them, these are obvious signs of trollish behavior. There is a fine line between doing these things over something you care about and being toxic. Deleting tweets, responses that feel… off. Posting tweets victimizing themselves when in reality they’ve just committed the very crime they are seeking sympathy for. It paints a picture of themselves as innocent and abused when in reality they perpetuate the abuse, and for those who don’t see it, sympathize with a glossed over tailored version of who they think that person is. Its lying and manipulation. Sugarcoating it is painting a giant turd in gold. Making hateful statements justified as a freedom of speech. There is a vast difference between whether you like pineapple on a pizza and whether or not a trans person is entitled to proper medical attention. Did I oversimplify that? Yes, I did. Why? Because you need to ask yourself this question when faced with these thinner lines. Because they do occur and telling the difference is hard.

What do you feel about this behavior on Twitter?

EJ: Lying in order to sell books is simply old hat to me at this point in time. I’ve spoken before about things I’ve witnessed. One set of behavior is to claim your twitter is to connect, and then a day latter say you’re a failure because no one buys your books. That latter one is one I see a lot and it basically invites people to fork out a couple of bucks on a book they otherwise would not have bought. See, the thing is, if I see a book on Twitter I like, I normally buy it then and there. But saying no sales is ‘honesty’ but makes you sad, more than once, frequently in fact, emotionally blackmails fellow writers into buying your book. Its… its really fucking gross.

Alex: I am just so exhausted by people manipulating others for book sales. It’s not right, it’s not fair, it brings the entire publishing community down, it promotes stories from people who have certain kinds of behavior rather than stories which actually deserve to be told, we end up missing good content because our feeds get over-full with complaining, lifts, fake support, and drama. My patience for it grows thinner by the day.

What do I do about it when I see it?

Alex: Totally your call, but use your judgment. Always be a critical thinker. Personally, I try to never give blanket support (or abuse) to people I don’t know.

“Trolls trolled me, poor me” will never get me to say “fuck them, they don’t deserve you”. Not after the things I’ve seen. Because, more often than not, those “trolls” end up being the ones who had a good point, and you risk being offhand-abusive to people you don’t even know.

“Trolls trolled my book” will never get me to automatically pity-buy it. It’ll get me to download a sample to see if they have a point. It’ll get me to check whether the author is the one angry-replying to reviews, screenshotting, doxing, or trolling reviewers.

“I have to stand up for what I believe in! You are all valid!” Will never get me to reply “hell yeah”. Let’s see what we’re talking about, first. Is it about inclusion, or is it about the fact that “everyone can write whatever they want and you can’t tell me not to use the n-word”, because those are two very different kinds of “all”.

The bottom line is this: give people your support, time, and money discerningly. Giving a kid a cookie for having a temper tantrum encourages more temper tantrums, right? Adults are no different.

And remember that you’re curating a community for the people around you, too, not just yourself. “They were nice to me” isn’t good enough if the same person is hurtful to others.

EJ: That’s up to you. I mean that. It’s your platform but to be honest I usually unfollow, or soft block or flat out block depending on the level. I have purposefully soft blocked people so this didn’t come back to bite me. Sometimes it has anyway. In other instances on platforms with huge followers I can’t ignore it, and I share it. There are some fights you can’t walk away from. But its not up to me to decide those fights for you; you have to find out, and fight based on what you think is right.

My philosophy has always been thus: we cannot police the writing community or the self-publishing community. We are autonomous agents of the worth we wish to sell to the world. But while we do it, we can stand for the morals we believe in against those that wish to capitalize on our own sympathies and fears.

We don’t say their name; we call out their behavior, because there are more than one, and each one introduces a new level of toxicity. We do not abandon the Writing Community tag, we defend it, because we are a part of it. We don’t have to agree; but we do have to outcast hatred, toxic behavior, and those who seek to do writers harm. 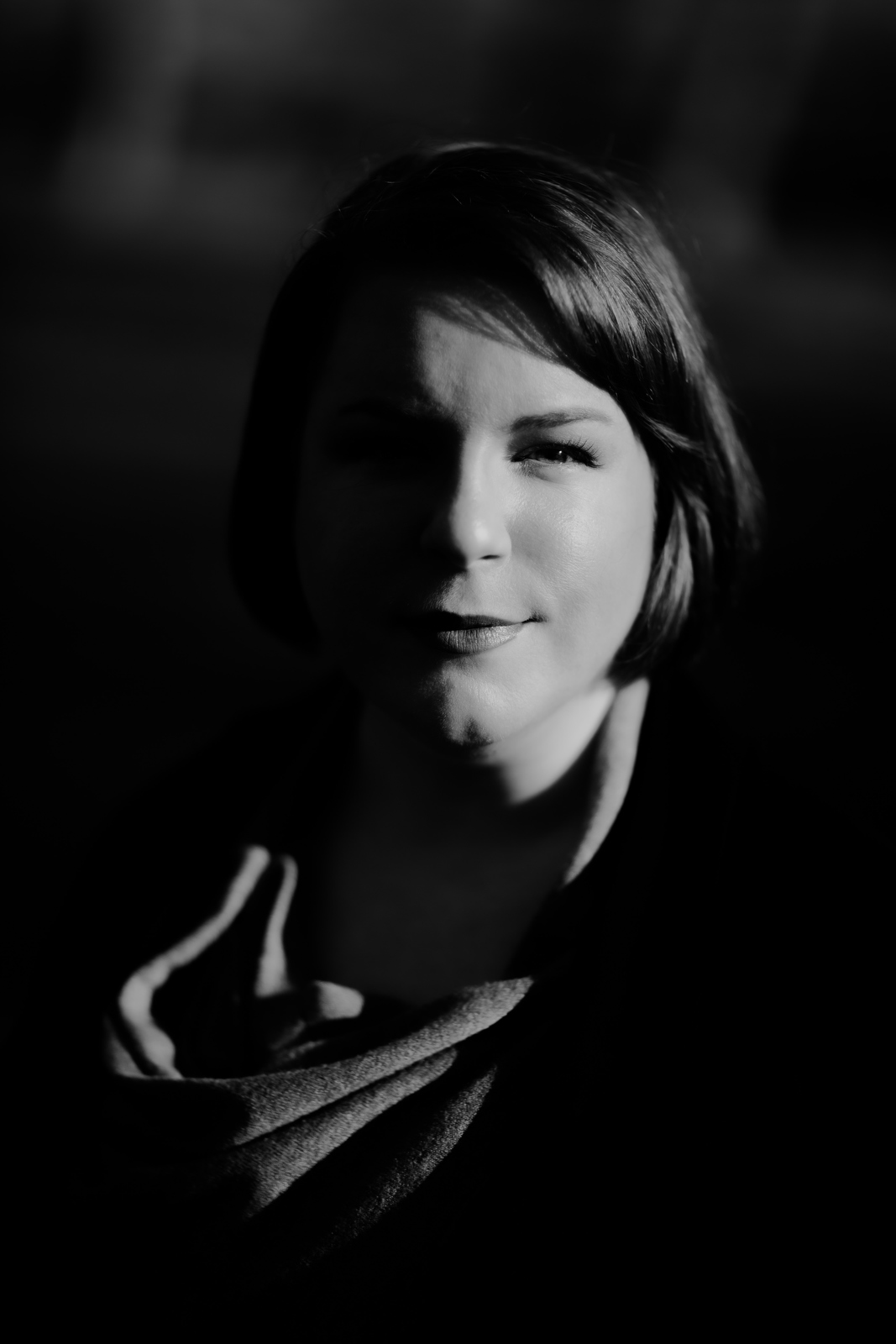